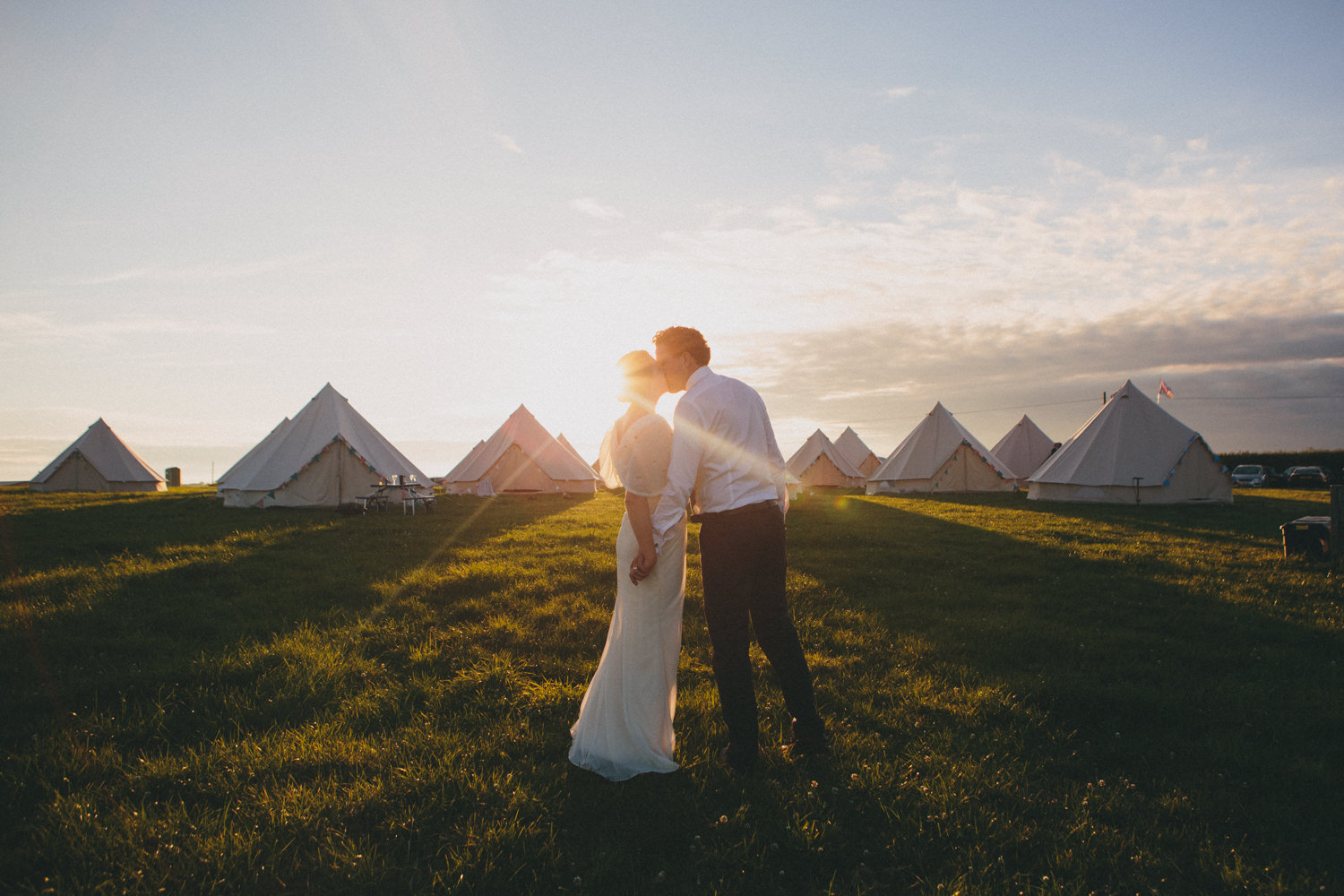 I was smiling for a whole week after this amazing festival wedding at Carswell Farm, here in Devon 🙂

Carina & Sven are music lovers and festival goers and they had so many cool touches to their day, including the best table plan ever! The couple had chosen their favourite albums and each table was named after one of the records with the original artwork. What the guests didn’t know was that they would later be assigned the task of singing karaoke to the selected tunes! Other musical surprises included a band, which was set up outside the church to surprise Carina as she arrived. A real treat for herself and all the neighbours. As Carina & Sven emerged from the church, they were greeted not only by confetti, but by guests waving colourful, handmade ‘flying pig’ flags!! It made for the best confetti moment ever!! This was matched by the best first dance ever as the couple donned gold capes to David Bowie’s ‘Heroes’ – what a fab song choice!

The venue that the couple chose, Carswell Farm, is a new wedding venue here in Devon. It’s such an amazing spot – on a headland overlooking the South Devon coast. There was a huge Hatch marquee and lots of lovely bell tents for guest camping, or glamping to be more accurate. The sun shone all day and later, a full moon rose over the sea which was stunning! I stayed late to capture a bit of the musical talents… this lots really know how to party! It was such a fab night and a rocking end to a brilliant wedding day! Congratulations again guys 🙂 you inspired me to buy a bell  tent and reunited me with my old Fleetwood Mac discs!

If you are planning a festival wedding and would like to find out more about weddings at Carswell Farm go to http://carswellweddings.com