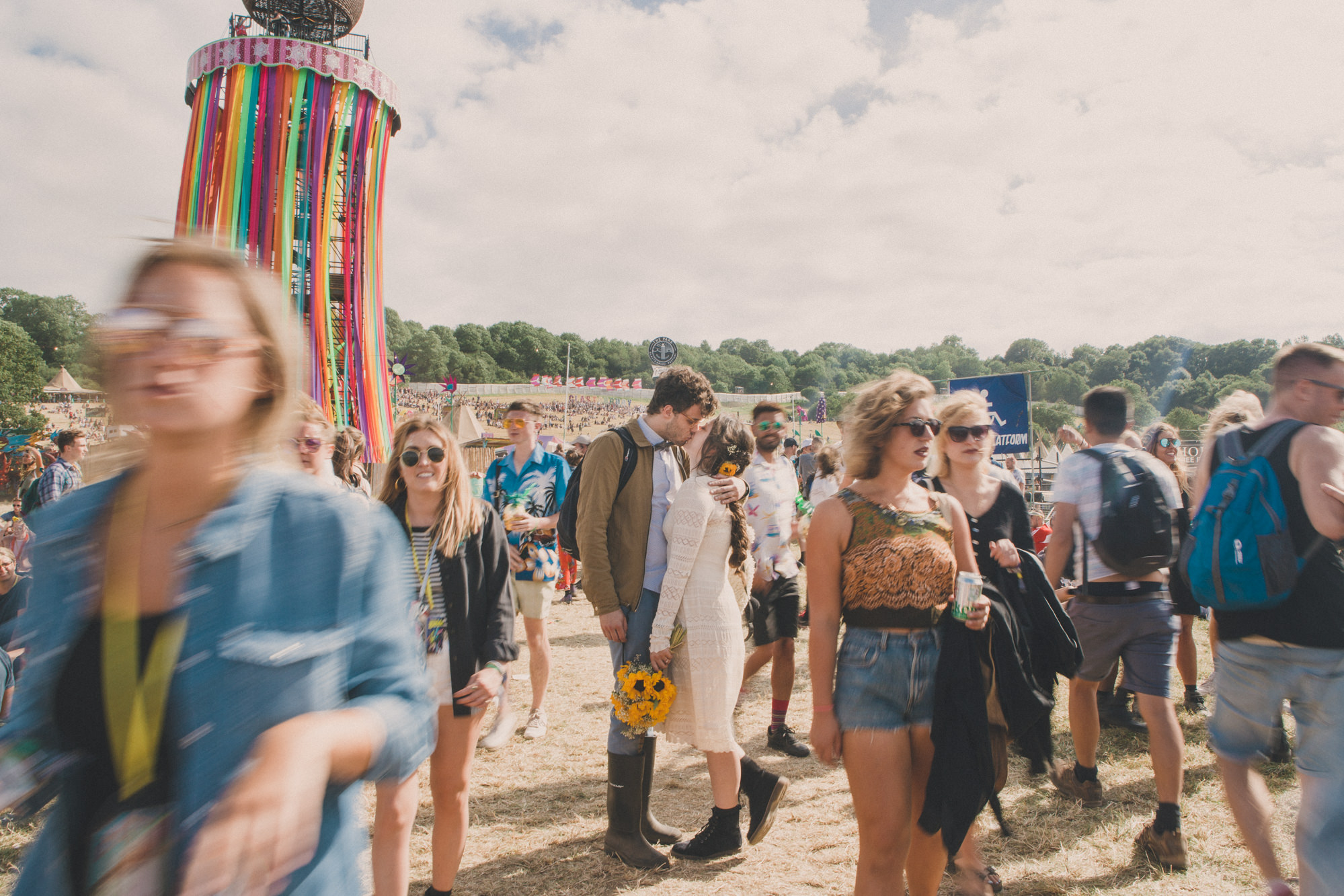 Gaia & Calum are seriously cool! They planned this  handfasting at Glastonbury Festival to celebrate with friends and then hopped on a plane to Las Vegas for the legal ceremony! Their Glastonbury Festival wedding was very personal to them as they had already shared three Glastonbury Festival’s together as a couple “Glastonbury is just such a magical place for us, we love it when we’re there together” says Calum “We originally wanted to elope because it would be so much cheaper than a regular wedding, then we thought we could get married at Glastonbury and then just go to the registry office afterwards”

Personally, I’ve always wanted to photograph a wedding at Glastonbury so this was a dream shoot for me. I was taking pics this year for Glastonbury Festival so I was hoping to find a real Glastonbury Festival wedding there! I had a bit of input to the wedding too as I helped Gaia & Calum to find a couple of suppliers. Brompton Buds, a wonderful florist I know, was going to the festie so I put them in touch with her. She did a fab job on flowers with a stunning arrangement of sunflowers 🙂 Gaia & Calum were also in need of a celebrant so I emailed around some Glastonbury connections and put them in touch with Sandie Darling who is local to Worthy Farm. Sandie brought so much to their ceremony it was amazing!! I think we were all expecting something quite low key but when we arrived she had amassed a huge crowd and had a table full of gorgeous details for the handfasting. There was also a man with bagpipes who played the couple in. The biggest surprise of all though was a letter congratulating the couple and wishing them well “Gaia & Calum, congratulations on your Glastonbury experience and all the best for a great wedding and a fantastic life thereafter. From Michael Eavis”

Congratulations again guys! It was super special to share this incredible day with you!!